According to SDCL 38-10-4, the South Dakota Wheat Commission is composed of five members who:

Commissioners are appointed by the Governor based upon nominations from wheat producers. A term is three years in length, and no Commissioner shall serve more than four consecutive terms (38-10-7).

Tregg Cronin, Gettysburg, was appointed to the South Dakota Wheat Commission by Governor Daugaard in April 2016.

Tregg has worked in many areas of the agriculture industry including time as a commodity broker, grain buyer, elevator operations and production agriculture with his family farming operation.  Tregg grew up on the farm he now works at with his family as Cronin Farms, Inc. in Gettysburg, SD.  He graduation from the University of St. Thomas in St. Paul, MN in 2009, after which he took a job with CHS, Inc. in their commodity training program.

During this time he worked in a country location buying grain from farmers, loading shuttle trains and merchandising the grain leaving the elevator.  In addition, time was also spent in CHS’s Grain Marketing department merchandising barges heading for New Orleans.  Following his training program, Tregg was hired full time with CHS’s commodity brokerage, CHS Hedging, Inc.  He worked there for two years managing risk for famer and elevator clients as well as providing daily market commentary and research.

In April of 2013, Tregg returned to his family’s diversified crop and livestock operation where he works today.  Tregg contributes to various media outlets on commodity markets as well as presenting commodity outlook presentations during the offseason.  He is excited to bring his knowledge of the grain markets to the Halo Commodities and provide insight to Midwest producers. 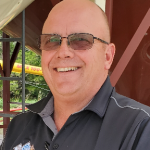 On October 31, 2019, Governor Noem’s office announce the appointment of Bryan Jorgensen to the South Dakota Wheat Utilization Research and Marketing Development Commission. Commissioner Jorgensen will hold the at large position. 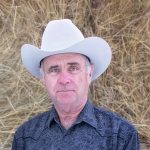 Julian Roseth has 14 years of experience on the SD Wheat Inc. Board of Directors with eight of those years as President. He also served on the Haakon County Conservation District for two terms and held adviser, supervisor and President positions. Julian is part of a family farm operation which includes growing winter, spring and forage wheat in addition to corn, milo, sunflowers and other forage crops. He and his son also run cattle as part of the operation. When asked why he was interested in serving on the Commission, Roseth replied “The wheat industry is facing difficult times and educating producers on the advantages of wheat in a rotation is vitally important! Now more than ever we need to focus on how we utilize our checkoff dollars.” 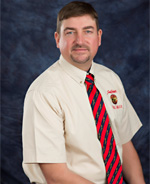 In October 2012, Terry Hand was appointed by Governor Daugaard to serve on the South Dakota Wheat Commission. Hand, along with his two brothers Michael and David, raise spring and winter wheat, sunflowers, corn and milo near Midland, SD. In addition, the family runs a cow/calf and back grounding operation. The Hands also have an official advisor, their father James David Hand.

Hand brings several decades of farming experience to the position. After attending South Dakota State University and obtaining a degree in Ag Business he returned to the farm and has been farming ever since.

Hand, along with Clint Vanneman, represents the western, winter wheat part of the state. South Dakota has a special geographical significance because it is at the interface of the southern and northern areas of wheat production. This requires that winter wheat adapted to the state be able to resist new disease pathogen races that generally develop in the southern region of the United States and spread northward. “South Dakota winter wheat varieties represent some of the most disease resistant germplasm in the region, particularly resistance to scab,” says Hand. “It’s important to continue to focus variety development on maintaining and improving disease resistance while developing varieties that can produce in the drier parts of our state.”

Breeding programs make up the majority of the Commission research dollars. “I am particularly interested the development of white wheat varieties,” says Hand. “We have two excellent varieties, Alice and Wendy, which are well suited to the West River environment and have excellent yields. The market seems to be expanding, but until United States producers cross that point of critical mass, the demand is not there.”

Hand believes all farmers should take an active part in developing checkoff programs which supports production, variety research, market development, and education. “I believe all farmers should learn more about what the Commission is doing with their check off dollars to better enhance our markets and improve marketing opportunities.”

Hand and his wife, an agronomist, have two young sons.

Leon began farming in 1981 around the Claire City area in northeast South Dakota.  His operation consists of approximately 3,000 acres.  On average each year, he plants 800 acres of spring wheat, 100 acres of winter wheat, 800 acres of corn, 800 acres of soybeans, 100 acres of barley, 40 acres of oats and the rest of the acres are used or his cow/calf operation.

In the early 1980’s, Leon purchased the certified seed cleaning business in Claire City from the local elevator.  Since then, he has been producing, cleaning and selling certified spring wheat, winter wheat, barley and oats, all of which are raised on his farm, with primary sales being in spring wheat and winter wheat.

Leon was appointed to the South Dakota State’s University’s Foundation Seed Board of Director in 2001 and served until 2006.  Leon became a Director on the South Dakota Crop Improvement Association Board in 2005, serving until 2016.